I named this cigar after my mother Vida Reith. My mother is one of 8 children in her family. After her father (our family's clear Patriarch) passed away (my grandfather) her mother (Grandma Mossie) quickly became the Cherished Matriarch. During the decline of her health and subsequent passing, all of Vida's siblings looked to her for leadership, support, and guidance through this dark time in our family's history. As I observed my mom take leadership, loving lead others, make tough decisions for her family that gave me an altogether different take on this woman who raised me to be strong, steadfast, and determined in whatever I do.  Mom's love and belief in me have had a direct effect on my success, faith, and trust to keep pushing forward even when the road seems unfair, unstable, and sometimes even unworthy of travel. I love you, Mom. -Bradley

My dad is my hero in many ways. When I was a kid I would always ask my dad to tell me stories about the war. You see he was part of Operation Double Eagle during the Vietnam War. These were the first Marines to hit the beaches of Vietnam. Dad was a medic "devil doc" a Navy Coreman attached to first Marines to set foot on the shores of Vietnam. When I was young begrudgingly dad would eventually tell me stories that grew my respect for him beyond what it could ever hold for any other man besides the Lord Jesus Christ. Stories of heartbreak; after losing many buddies in the war. Stories of laughter; of stealing a bunch of beer from the officer's tent so he and his company could enjoy a cold one after returning from recon patrol. Stories of time and time again patching up guys in a firefight, picking up his weapon and firing back, to yes even having to kill and man in battle. He spoke of there being no glory in it. Regretting that he had to take a life but it was war son....he would mutter looking at the ground...it was war. Dad taught me honor, respect, and love for our great country and to respect anyone who has served in any branch of the military for our fine country. I owe so much to this man!

Tasting Notes: Surprisingly a peppery start to this cigar gives way to notes of leather, cream, and sweet nutty spice that keeps you coming back for more.

Many moons ago I used to work with another cigar company. While working at that company I released a cigar called Crookedbeard. This was my nickname given to me by a former counterpart that seemed to stick. The success of that release was due to both our newness to the Youtube cigar review game and the quality of the cigar itself. Working constantly to find another blend that I liked as much to put my name on it I actually was approached by former blender of the original to re-release it again with Zeal Cigars. Thus, the rest is history! So I give the Crookedbeard 2020. Just as good as the original if not better!

Tasting Notes: A full-bodied and even fuller flavored cigar with strong notes of coffee, dark cocoa, and sweet cream with a slight cedar finish.

6 / 10
mild
Cigar Profile
strong
Specifications
Reviews
Aaron Rose
Reviewed On: February 26, 2021, 4:56 am
Review by Aaron
Crooked beard - Toro. 16.9g. Wrapper smell of leather and rich tobacco. Dry draw dark chocolate. Double cap. Dark brown multipigmented veiny wrapper with tight seams. Slightly tight draw with average smoke output. Initial notes of chocolate, wood and earth. A bit of toffee on the retrohale. Light Grey to a but of black ash in the middle. Burn line sharp but uneven. An inch in and it's all dark chocolate with a bit of cream. No spice so far. 1st ash latest 1.75 inch. Flakey. Nice point after the drop. After a purge, notes of toffee and oak with some sweetness. Required a touchup. 2 small tunnels developing. At the beginning of 2nd 3rd chocolate fudgesicle notes appear. 2nd ash dropped at an inch. After purge mostly sweet oak. A bit of bitterness. Going into final 3rd required relight. After purge getting toffee and oak. Bitterness getting stronger. Strength medium. Disecting the nub, the Maduro wrapper is one of the thinnest that I have seen. All long fillers. Flavor a 2, not much complexity and the bitterness ruined the ending. Construction a 3.
Aaron Rose
Reviewed On: February 23, 2021, 5:47 am
Review by Aaron
Devil doc - double capped, multishaded brown, slightly bumpy wrapper with tight seams. Foot smelled of sweet tobacco. Dry draw was milk chocolate. Intial notes was sweet baking spices with a touch of cocoa and toasted nuts. A little heat. The heat is more like a mildly hot pepper rather than black or white pepper. Has a bit of sweetness to the heat. Draw slightly tight but manageable without assistance. Razor-sharp burn that was wonky at times but righted itself without assistance. As the 1st 3rd developed a hint of cinnamon appeared. Ash mostly light grey with flecks of darker grey. Slight dark chocolate on retrohale. Ash stayed on for 1.75 inches. After purging, 2nd 3rd tasted of brownie mix. Delightful. The later part of the middle third started tasting like charred oak. Final third was all charred oak.. Though a little early in the day, I paired the final third with a bit of Henry Mckenna single barrel. I really enjoyed this stick.
eneboebrent
Reviewed On: January 24, 2021, 8:33 am
Review by eneboebrent
Very delicious maduro. I have absolutely no complaints whatsoever, with this one. Strength is a 3 out of 5 for me, where as a stick like Dark Prince is at a solid 5. However, the smoke output has strong pepper and makes my eyes water, but the the retrohale is surprisingly smooth. It definitely has a sweet chocolate retrohale with bakers chocolate on the tongue. Woodsy and notes of leather as well. *Medium strength (high end of medium) *Full flavor
Daniel
Reviewed On: August 24, 2020, 3:07 am
Review by Daniel
The Cherished Matriarch and Devil Doc are two great cigars! They're very easy to smoke and taste amazing. I ordered a 5 pack of the Matriarch's and instantly ordered a 15 pack after smoking one with my Dad. Highly recommend this cigar to anyone and everyone.
Todd
Reviewed On: August 11, 2020, 9:44 am
Review by Todd
Had a 5 pack was a very good smoke!! Lots of coffee and some chocolate a little spice.. at a great price.. can’t beat it.. Thanks Bradley
Eric
Reviewed On: July 10, 2020, 9:24 am
Review by Eric
I had the privilege of smoking the Crookedbeard 2020. All I can say is be prepared to be amazed. The flavor off of this stick is unlike anything I have ever smoked. I bought a 5 pack at first and ended up buying a ten pack that same day. It has a very nice flavor of black coffee to espresso bean for the after taste.. It has a slight sweetness to it as well that just keeps you interested. I only had to touch up the burn one time and after that burned razor sharp. A must buy if you like maduro's.
cinci stogie smoker
Reviewed On: July 9, 2020, 6:30 am
Review by cinci
I received my devil docs in the mail and let them rest a couple days but couldn't wait any longer. At first light it was deliciously peppery and leathery. Have had a few issues with burn but chaulk it up to wind, high humidity on this day in Ohio and not resting as long as usual. But definitely one of my new favorite cigars. I got 2 hours out of the toros, have a customer for life of the Reith Family Cigars! (Or as long as you sell them lol)
Share Your Thoughts about Crooked Beard - Reith Family Cigars (RFC)
My Father Bold Sampler
0 Reviews
was $75.95 now $64.95
OUT OF STOCK
True Medium Sampler
0 Reviews
was $41.50 now $35.95
OUT OF STOCK

Sign up to receive our specials, deals and news

By clicking the "Accept" button you are confirming that you are 21 years of age or older. You are also agreeing to our Terms & Conditions, Privacy Policy and to our use of cookies for a better browsing experience. 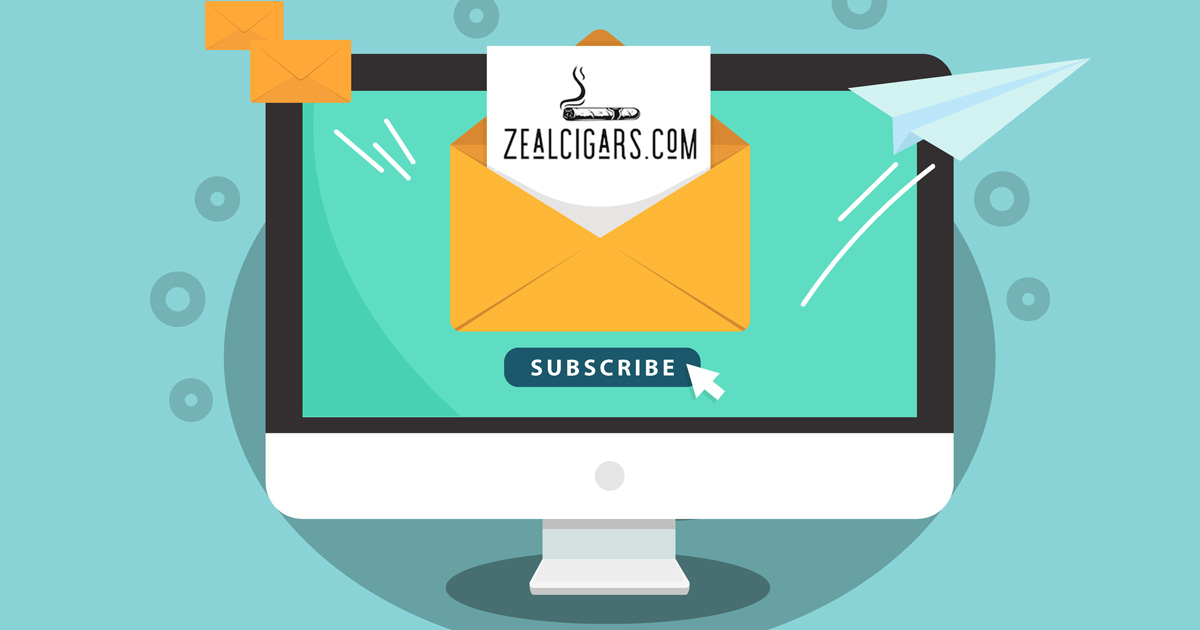